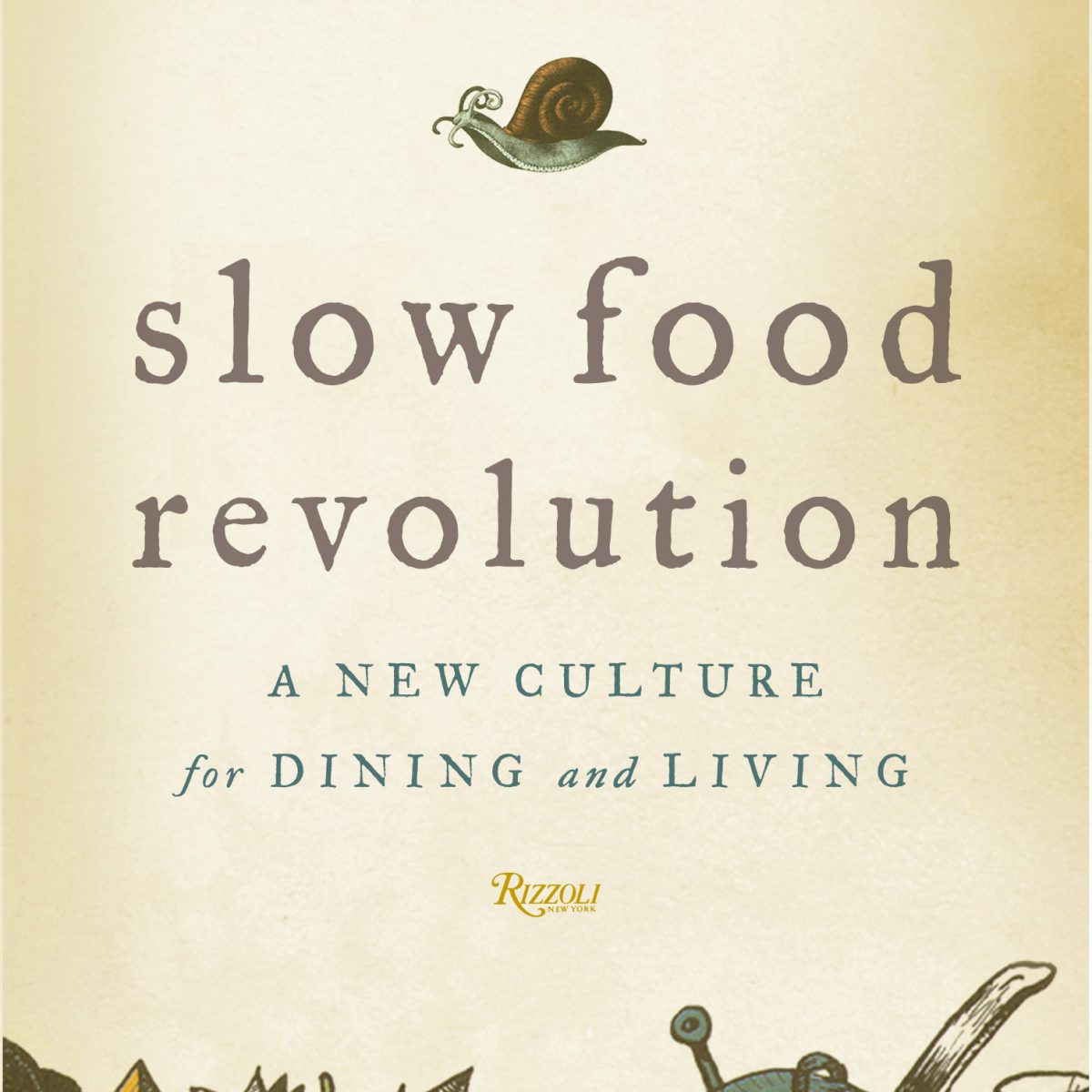 The setting is Rome, 1986. In the historic Piazza di Spagna, McDonald’s opens a franchise. A small group, led by Carlo Petrini, stages a protest. It’s the start of a revolution, the Slow Food revolution. Today, the Slow Food organization counts more than eighty thousand members around the world, dedicated to reviving the pleasures of the table. To slow down, to know where one’s food comes from, to preserve the taste of real food—this is the mission. The movement promotes agricultural biodiversity, sustainable farming, local producers, and heritage foodways.

Slow Food Revolution tells the fascinating story of how this powerful international coalition sprang from such a small seed. Equal parts gastronome and conservationist, Petrini started with a diversified grassroots approach that included a pirate radio station, a cooperative food store, and a line of gourmet guidebooks. Eventually Slow Food struck out into the rest of Europe and established the University of Gastronomic Sciences and the Terra Madre events. Included here are testimonies from such notable figures as the chef Alice Waters and His Royal Highness, The Prince of Wales. The rise of Slow Food is an inspiration, not just for gourmets, but for anyone who seeks to make the world a better place.

Also featured here, for the first time in print, is a complete catalogue of the special foods that Slow Food protects through its Presidia projects. From the Cape May Salt Oyster to Moroccan Argan Oil, these are heirloom varieties and heritage breeds endangered by the onslaught of fast food homogeneity. In tantalizing descriptions of the more than three hundred delicacies from all over the world, you get a taste of what Slow Food is all about—rediscovering the flavors of regional cooking.

CHAPTER 6
A Snail in the World

CHAPTER 7
The University of Gastronomic Sciences

CHAPTER 9
The Future of Food

The inedible Ribollita of Montalcino

“The setting is Palazzo Pieri-Nerli, an imposing fourteenth-century stone building overlooking the streets of Montalcino, a small town perched in the Tuscan hills. Behind the palazzo’s heavy wooden door, the rooms are enveloped with the aroma of thrushes roasting on coals.


Outside, hordes of people are carousing through the narrow, cobblestoned streets of this village, home to one of the best-known Italian wines in the world, Brunello di Montalcino. In the distance, you can hear a man singing.

His words come straight out of the Trescone, an ancient Tuscan song that has been associated with the Sagra del Tordo, the Festival of the Thrush. The festival’s contemporary version was launched in 1957 by the inhabitants of Montalcino as a way of attracting tourists. Held on the last Sunday in October, it is a peasant feast celebrating the end of the grape harvest. Festivals like this are an Italian tradition, and it’s often a good opportunity to sit down at a table and enjoy a communal meal. In Montalcino, the local delicacy is the thrush, a small bird whose migratory route passes through this area of Tuscany. After a pageantlike archery tournament held among the town’s four neighborhoods, everyone’s attention turns to the thrushes roasting in the coals—and the next

The story of Slow Food and its “cultural revolution” begins here, in Montalcino, just a few miles from the cities of Siena and Florence, birthplace of the Renaissance. Fifteen travelers, among them a youngish man named Carlo Petrini, future founder of the Slow Food movement, have just stepped into the commotion of the Festival of the Thrush after a six-hour bus ride that began far to the north, in the early morning fog enveloping the town of Bra in the Region of Piedmont. But we are getting ahead of ourselves.

It is October 31, 1982, and the mood in Italy is one of lethargy. The yuppie era of the Thatcher and Reagan administrations is still to come, and the country is going through a major economic crisis with inflation at about 16 percent and deficits that are running out of control. But the recent soccer World Championship has galvanized people: Italy has won the World Cup in Spain, with a goal by the legendary Paolo Rossi. After thirty-eight long years of rule by the Christian Democrats (the party affiliated with the Catholic Church), two so-called laymen—that is, non-Christian Democrats—now hold the most prestigious political posts in the country. The president is Sandro Pertini, a Socialist affectionately known as the “father of the Republic” who will go on to become one of the most beloved presidents ever to occupy the Quirinale Palace. The prime minister is Giovanni Spadolini, an intellectual of Italy’s Republican Party who has been drawn into politics. The Left, strongly linked to the unions, is officially represented by the most powerful Communist party of the Western world, the Partito comunista italiano, or PCI.


But the PCI is on the defensive: with only a third of the electoral votes, it has little chance of coming to power. The revolution announced by the student movements of the late 1960s never took place; it ended instead in disillusionment, particularly for the youth of 1968. Theirs is a generation caught between utopia and tragedy, as acts of terrorism in the name of “red” ideals have turned increasingly brutal. From Turin to Rome, the kidnappings and criminal attacks have caused some to dub these the “years of lead” in reference to all the bullets spent during this period. It is almost impossible to imagine the immense political shift that will be ushered in at the end of the decade by the fall of the Berlin Wall.


By 1982, politics have already begun to move to the right, and many on the left have abandoned activism for other goals. Some have left politics entirely. Others have focused in on environmentalism. And one small group has made a seemingly innocent discovery: food and wine.

They explore their local wine cellars, get to know small wine producers, and end up preaching—with an almost political zeal—the cause of conviviality and its pleasures.“ 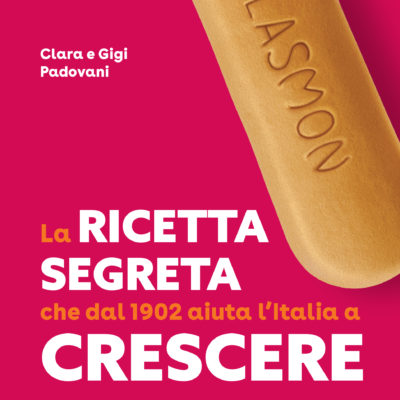 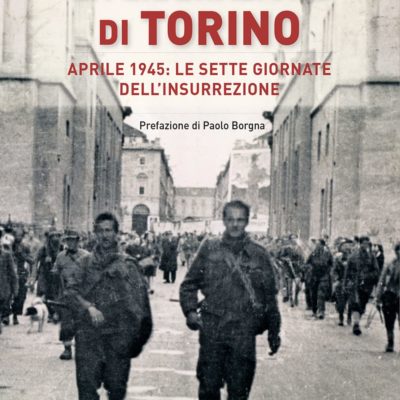 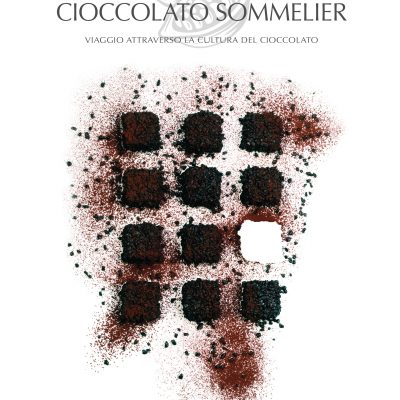 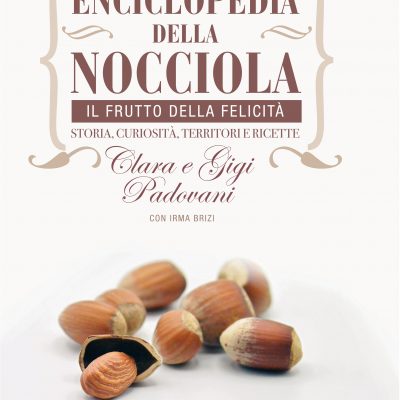